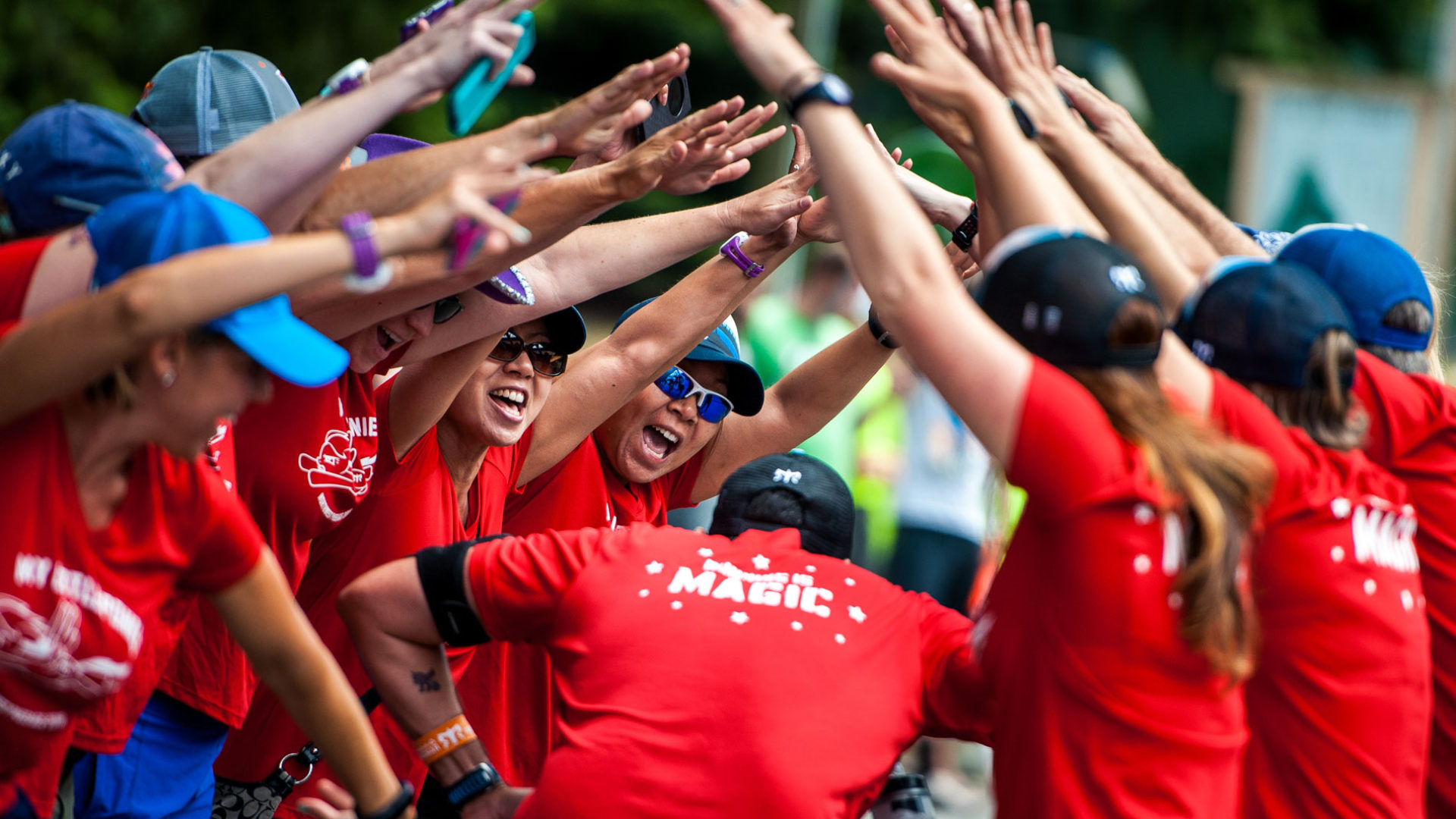 Minute 1: Are you the next king or queen of endurance running?

Last weekend was a good one for setting records. Zach Bitters smashed the world record for the 100-mile ultra, clocking 6:48 miles for 100 miles. That’s the equivalent of running four consecutive marathons in under 3 hours. Yeah, you’re reading that correctly. The race took place indoors in Wisconsin which means that Zach’s left leg may now be an inch shorter from all those left turns. Video of his triumphant finish is here.

Meanwhile, at the breathtaking Pikes Peak Marathon, Maude Mathys ran the fastest-ever female Pikes time of just over 4 hours and 2 minutes. That race involves climbing 7,800 feet to the summit in the first 13.1 miles before making a u-turn to descend from the peak for the next 13.1 miles. A good account of both races is here.

We’re not just telling you about these world record times to make you feel self-conscious about your own running skills; instead, we’ve been reading about how older, amateur runners have been dominating the world of competitive ultra running as of late. We want to inspire you, oh Six Minute Mile readers, to be the next everyday heroes assaulting the podiums at the most famous races in the world.

Martin Huber writes that the mental maturity required to complete such strenuous feats of endurance makes “the [ultrarunning] podium perpetually attainable for the super-fit middle-aged hobbyist.” Need further convincing? Try this page-turner from Adharanand Finn on what it takes to join the ranks of world-class endurance athletes. So, next time you read about ultras, instead of thinking about how you’ll never be able to approach the fitness levels of the aliens who run them, think about how an ultra might not be as out of your reach as you think.
#thiscouldbeyou

Our new favorite running movie, Brittany Runs a Marathon, (trailer) enjoyed a successful opening weekend and now has a training partner in the theatres. Another indie running flick, Overcomer, was a surprise box office hit, ranking #3 in the U.S. last weekend. With echoes of McFarland USA, Overcomer tells the story of a young girl with asthma in a hard-luck town who becomes a star on the cross country team. The film touches on Christian themes and will leave you with a strong sense of: “If she can do it, why did I blow off my workout this morning?” Check out the trailer below.

And speaking of the big screen, our very own list of 10 Best Running Movies of all time has some new competition. Running journalist Ben Kaplan just published his own Top 10 Running Movies list that has some overlap with ours, but also contains a gem or two we may have overlooked.
#BoxOfficeGoldMedals

It’s not quite Labor Day, but that hasn’t stopped our favorite brands and sites from unleashing a veritable torrent of sales and savings on the interwebs. Our good pals at backcountry.com have kicked off the holiday week with a slew of deals, including a 50% off “Work Hard, Play Hard” sale on top brands like Prana, Patagonia, and North Face. REI’s Labor Day sale finds even more of our favorite brands peddling their wares on the cheap, with everything from running shoes and clothes to camping gear, Thule racks and paddleboards going for up to 40% off.

If you’re living in denial that summer is coming to a close, defy reality with a pair of our 8 Favorite Performance Sunglasses. And don’t forget to add a splash of color into your late summer gear acquisition spree: Cotopaxi’s vibrant clothing is going at a 60% discount as we type this. Not sure what you’re waiting for, people.
#dealsdealsdeals

We’re loving a piece by Brad Stulberg over on Outside Online that reveals some powerful insights into finding balance in your life. Stulberg takes the thinking he’s done on working both rigorous routine and planned relaxation into your fitness plan and applies it outward to your daily routine, love life, and personal growth and ambitions.

Stulberg’s piece got us scouring the internet for further material on how to cultivate a healthy existence that balances all the important things in your life. Naturally, we turned our research to beer– specifically, a new category of “athlete-friendly” beer being brewed with electrolytes. The good people over at Sufferfest Brewing Company and Mispillion Brewing Company are developing beers they claim can actual aid recovery and boost performance. The thing is, science isn’t so sure. But even if the hoppy electrolyte magic isn’t all it’s cracked up to be, we still think the occasional post-workout beer can do a lot for your pursuit of balanced fulfillment. And if that’s not your thing, check out this piece on how to prevent exercise burnout.
#maintainbalance

Captain Marvel and Captain Canada: they’re just like us!
Justin Trudeau, the easy-on-the-eyes Canadian Prime Minister, was spotted Sunday morning out for a run along France’s Basque Coast. Trudeau was attending the G7 summit, an international meeting of global leaders who assembled this weekend in Biarritz, France to discuss climate change, international trade, and other major issues facing the world. Global crises be damned, Justin still made time to go running. (Is anyone else seeing that shoulder tat?!?)
Not one to be outdone by Canada (aka America’s Top Hat) Captain Marvel took to Instagram to share one of her saving-the-world training techniques. Okay, fine, saving a fictional version of the world. Still, Brie Larson’s heroic variation on the traditional pullup has us wondering if we’ve got what it takes to suit up in Marvel spandex and do some world-saving.
#gosavetheworld #notallheroeswearcapes Get faster, get stronger, get inspired.